The Law Every Pharmacy Technician Needs to Know 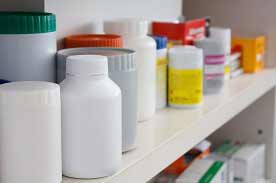 As a pharmacy technician, it's important to stay up to date on laws and regulations in the medical and pharmaceutical industries. Doing so will allow you to better serve your customers, remain adaptable in an ever-changing industry, and show initiative that impresses employers.

One of the earliest and most significant laws affecting the pharmaceutical industry is the Food, Drug, and Cosmetic Act (also known as the FD&C Act) passed by Congress in 1938. While many amendments and variations of the law have been added, many of its core components remain to this day. Here’s an overview of the law and how it may apply to your career as a pharmacy technician.

Origins of the Act
Dissatisfied with the lack of fair food and drug standards during the Great Depression, U.S. citizens – primarily women's groups – proposed new regulations to protect consumers. At the time, there were no federal regulations to protect the public from dangerous drugs. The marketplace was a free-for-all, with plenty of snake oils and magic balms that claimed to cure cancer or other serious diseases.

Every day, consumers were spending money on these supposed “miracle products,” most of which offered little to no scientifically-backed effect. Some of them even had negative effects, since companies weren’t required to list ingredients on the labels or clear the products through a federal agency.

How the Act Changed the Industry
Following the passing of the FD&C Act, sweeping changes were implemented to protect citizens and create a more consumer-centric economy. It created the Food and Drug Administration (FDA), which required pharmaceutical manufacturers to file a new drug application with each new drug before marketing. Companies were forced to prove the product was safe for use by humans through toxicological studies and clinical trials.

Important Takeaways
While the FD&C Act made sweeping changes in the world of food labeling and cosmetics regulations, the most important effect may have been protecting the public from suspect or harmful pharmaceuticals. The government now had the power to not only approve or deny new drug applications, but also to conduct inspections of manufacturing plants to ensure compliance.

In addition, medical devices became subject to stringent classification, marketing, registration, and approval standards. The most significant change was the requirement of premarket approval (PMA). Manufacturers of new medical devices were now required to submit a detailed application to the FDA and obtain a formal notice of approval before marketing the device. The applicant must provide details on the device's design and manufacturing process, and its results in preclinical and clinical studies. While PMA didn't completely prevent faulty devices from entering the market, it greatly improved consumer safety and has continued to be revised.