Online Criminal Justice Associates Degree - Course Details | Penn Foster
Save up to ! 1-800-471-3232
Get Info Enroll Now
Student Login
Start for or Save up to ! And get your final semester at no cost*
offer ends    |   Enroll Today!
Home > Law Enforcement > Program Details
Home Law Enforcement

Curriculum Expand All Collapse All

Program Outcomes
Upon completion of the program, students will be able to...

All degree applicants are required to complete two Basic Skills Assessments, one in reading and one in math, to determine the level of readiness for beginning their selected program. Additional studies may be required.

Criminal Justice Orientation (1 credit)
Succeed by learning how to use your Penn Foster program, and become familiar with the criminal justice system.

Information Literacy (1 credit)
Get better at finding and using information!

Introduction to Criminal Justice (3 credits)
Begin your study of the exciting field of criminal justice.

Courts (3 credits)
This course looks at the relationship among the judiciary, defense, and prosecution involved in the United States Courts system. You're studies start with an overview of the basic structures of courts. You'll also look to the successive steps involved in prosecutions and cover topics such as plea bargains, trials, juries, sentencing, and appeals.

Computer Applications (3 credits)
This course will allow you to build your computer skills through a combination of reading and hands-on practice. You will navigate popular software tools such as Windows® and Microsoft® Office.

This course covers the psychology of biology and behavior, consciousness, memory, thought and language, intelligence, personality and gender, stress, and community influences.

Introduction to Sociology (3 credits)
This course is designed to introduce you to social structure and social interaction through groups, networks, and organizations. Study politics, the economy, population, social movements, technology, and social change.

Supplement: Seeing Ourselves: Classic, Contemporary, and Cross-Cultural Readings in Sociology

Criminal Law (3 credits)
With this course, you'll review the history of criminal law, from its start in the common law (and the principles of applying case law) to its contemporary forms of statutory and regulatory law. You'll look at crimes and their underlying elements, consider what a prosecutor needs to show in order to secure a conviction beyond a reasonable doubt, examine the traditional form of criminal law as well as strict liability and victimless crimes, discuss a range of criminal offenses, such as inchoate and property-based crimes, crimes of violence and administrative crimes, and consider the excuses, justifications, and defenses to the prosecution of such activities.

Ethics in Criminal Justice (3 credits)
Responding to situations ethically is crucial to public protection and the integrity of the legal profession.

This course will allow you to learn about planet Earth and the various aspects of the environment.

This course will allow you to explore the origin of life and the relationships among all living things.

This course will allow you to develop a healthier lifestyle by making smarter nutritional decisions.

Police Studies (3 credits)
Looks at the role of policing in America; discusses the existence of a police subculture, the role of management, and the nature of patrolling; considers different strategies for investigating and solving problems; includes a discussion about ethics, civil liability, and possible directions for policing in the future.

This course provides an understanding of the scientific theory, practices, and techniques used to process a crime scene. It examines how crime scene professionals protect themselves and the evidence at a crime scene. It identifies and describes the different roles that law enforcement professionals execute at the scene of a crime. The course also describes the types of evidence and how evidence is collected and secured before a crime lab processes it.

The police manager fills a vital role in the operation of a law enforcement agency. This course is designed to provide you with a fundamental understanding of the underlying principles and theories of management, both in general and as they specifically relate to police agencies.

Introduction to Private Security (3)
Private security departments must focus on the delivery of competent service to organizations and communities.

Correctional Institutions (3 credits)
This course is designed to introduce you to the correctional system in the United States. To this end, you’ll explore the American correctional context, correctional practices, and a number of correctional issues and perspectives.

In this course, you will gain an understanding of artistic media, historical periods and artistic movements, the roles of the artist and the viewer, and the principles of art criticism.

In this course, you'll understand how to appreciate music by learning about the roles of the composer and the listener, the principles of music theory and instrumentation, musically significant historical periods, and varying styles of music.

This course will allow you to develop your critical thinking skills and broaden your knowledge of literature.

Multicultural Law Enforcement (3 credits)
Examine the issues of crime and justice with respect to race and ethnicity.

Juveniles and the Legal Process (3 credits)
Juvenile justice is a field for criminal justice professionals that offers a great deal of hope for permanent rehabilitation.

Criminology (3 credits)
Criminology is the study of the nature, extent, causes, and control of criminal behavior.

Terrorism became a major concern for all American citizens after the September 11, 2001 attacks, especially for law enforcement professionals.

White collar crime is financially motivated and nonviolent crime committed for illegal monetary gain. It is very different from other crimes, not only in the way the offenders are treated but also in the way it impacts society as a whole.

This course covers the primary functions of private security personnel.

Presents the procedures used in criminal cases that involve the use of computers and cyberspace. Examines the history of computer-based crime and how technology has created new avenues to commit traditional crime as well all new opportunities for criminal behavior. Discusses a wide range of modern day cybercrime including hacking, digital piracy, online fraud, sex crimes, cyberbullying, and cyberterrorism. Looks at key theoretical perspectives, legal challenges, and perspectives on the future.

Crises are a normal part of our lives. Whether it’s a devastating flood, a terrorist attack, cancer, or a loss of primary income, crisis workers have to be able to help clients overcome negative feelings and painful emotions.

For every crime committed, there's a victim. Study the social science of victimology

Not all offenders who break society’s laws are incarcerated in jails or penitentiaries. Many such offenders stay in the community and have their behavior monitored by long-standing systems such as probation, parole, house arrest, or other programs.

Associate Degrees from Penn Foster College are awarded under licensing from the Arizona State Board for Private Postsecondary Education.
The American Council on Education's College Credit Recommendation Service (ACE CREDIT) has evaluated and recommended college credit for many Penn Foster College courses. Students who plan to continue their education with another school after completing coursework at Penn Foster College should check with that school regarding credit transfer policies. No form of accreditation guarantees that any learning institution will accept credits from any school as transfer credits.

Penn Foster College has been nationally accredited for over 40 years, and has met the high standards of integrity and performance set by the Distance Education Accrediting Commission (DEAC) in Washington, D.C. Penn Foster College has been thoroughly reviewed and has earned several important accreditations and licensing. We also participate in the National Council for State Authorization Reciprocity Agreements. 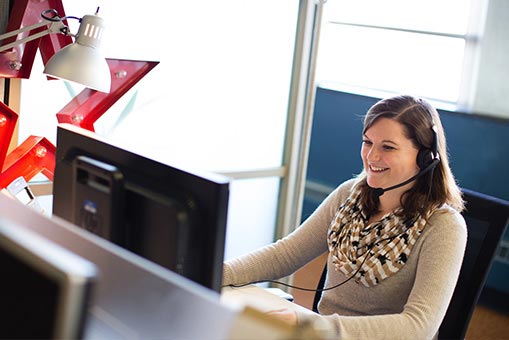 Whether you prefer chat, text, email, or phone, our faculty is here to help you achieve your goals. Penn Foster students also have access to our expert team of Success Coaches to help with budgeting for your education, career guidance, or simply some extra motivation.
Webinars
Over the course of the Penn Foster College Criminal Justice Associate Degree program, you will have the opportunity to attend live or recorded webinars to help you better understand your lessons. The live webinars will allow you to ask our instructors questions in real time. 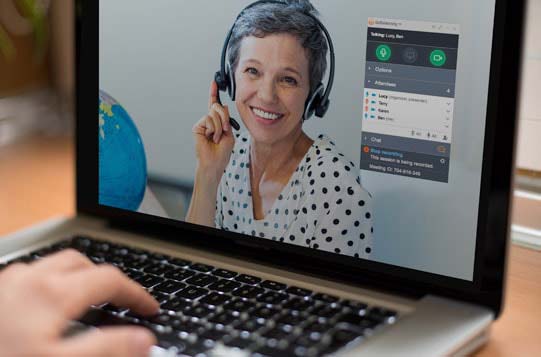 Our customizable goal-setting tools will help you create a schedule and stick to it. Need some extra time to complete a lesson or take an exam? Not a problem - you can adjust your study plan at any time to set a pace that works for you.

Looking to connect with other Penn Foster students? Our Student Community is the perfect place for you to interact with your peers - as well as Penn Foster faculty and staff - to discuss your online learning experience, congratulate fellow students, and share your Penn Foster experience. 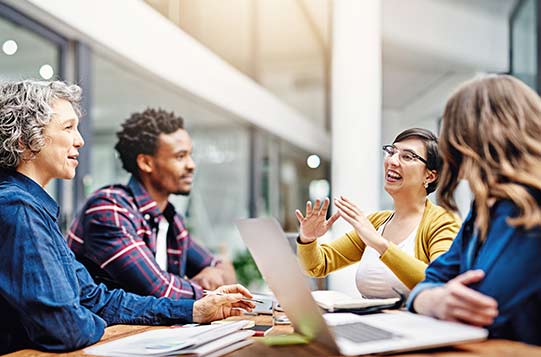 Penn Foster courses are written in a way that is easy to understand, and materials are broken down into manageable lessons. Take a look at what a Criminal Justice Associate Degree course would look like.
View Sample Lesson
Computer Specifications
As you know this is an online academic program. This means you will need high-speed internet access to begin your program. In addition, you will need access to a Microsoft® Windows® based computer running Windows 7® or later or an Apple® Mac® computer running OS X® or later, and an email account to participate in and complete your program.
Access to Microsoft® Office 365 is a requirement for this program.
We reserve the right to change program content and materials when it becomes necessary.
Microsoft and Windows are trademarks of Microsoft Corporation registered in the United States of America and/or other jurisdictions.
Apple, Mac, and OS X are trademarks of Apple, Inc. registered in the United States of America and/or other jurisdictions.
Overview
Tuition
Enroll Now Get Info
Get Info
Enroll Now